Let’s see if this works. It seems to.

Create your new blog post and publish it following the instructions in the top section called:

After you insert the button by clicking on the bookmarklet, 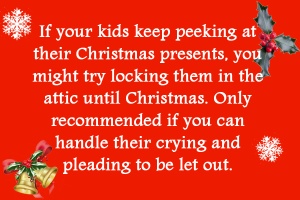 then Update the post, as is stated. You will end up with the button like below. Clicking on the button allows the reader to add the blog link to quite a few of the readers’ different social media sites. Click on it to try it out.

Mark Coker blames Microsoft Word for formatting issues on files processed through his “Meatgrinder” (MG). I decided to do an experiment. The original file that I uploaded to Smashwords has morphed because I finally made the changes suggested by my editors and readers. The file that had been ground up by MG no longer exists, so I couldn’t run the experiment with the file that was on Smashwords.

I decided to re-upload the new file.

Before I uploaded it, I checked to make sure that the files formatting was consistent. For those familiar with formatting, one of the features in MSWord is the ability to “Select All X Instances” of a particular style. In my case X=1691. That means there were 1691 paragraphs with that same indented format. Since selecting all instances results in highlighting every paragraph with that format, I was able to scan the entire document visually and see that every story text paragraph was the same format, as recommended in the “Style Guide.”

A screen showing a portion of the 1691 paragraphs selected is below. These are example paragraphs for which the HTML from MG and MSWord later in this article are taken.

After uploading the new file (it passed autovetter with no problems), I downloaded the Smashwords Epub version and unzipped it to look at what MG had done to it. I noticed inconsistencies in the paragraph formatting MG turned out . That seemed strange. I had made sure that every MSWord paragraph had exactly the same style. Worse, viewing the Epub file using Calibre showed the same mix of indented and block paragraphs that Mark Coker had noted yesterday with the old upload.

Next, I saved the MSWord file that I uploaded as a filtered HTML file (the same format I use to start creating an Epub file at the XHTML level.) MSWord, knowing that all paragraphs had the exact same style, assigned the exact same HTML paragraph style to every one.

Every one of the paragraphs MSWord produced had <p class=StyleTimesNewRomanJustifiedFirstline03After0pt> as the style (not very elegant, but we are talking MSWord).

The next image compares the MG and the MSWord HTML renderings of the same MSWord file. The HTML on the left is rendered by MSWord consistently for all paragraphs. The HTML on the right is the random HTML generated by MG.

It is apparent that even if you follow the “Style Guide” and make sure that all your paragraphs have exactly the same style, MG is somehow assigning different styles randomly which makes your book look unprofessional, but it is Smashwords Meatgrinder making it that way—not the author or MSWord.

For the sake of the code visibility, you can view a larger image here.